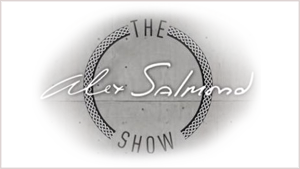 Alex Salmond has forged an extremely successful career in the public eye. A life-long member of the SNP, Alex has been an activist, an MP (on numerous occasions), an MSP, First Minister of Scotland and he campaigned for a YES vote in the 2014 Scottish Independence Referendum.

Nothing in the political world stands still for long - and Alex is currently without a Westminster seat or a Holyrood seat. This has allowed him to pursue alternative activities to keep engaged with the electorate and the political scene. An extremely successful "chat show" format at the Edinburgh Festival in 2017 saw the potential for a TV program along similar lines - and consequently, The Alex Salmond Show was born.

The show was created by a brand new production company (Slainte Mhath - Gaelic for "cheers") set up by Alex and his producer Tasmina Ahmed-Sheikh. They produced their first episode, circulated this around the masses of media outlets and eventually, RT (Russia Today) came up with the best offer. The first episode will air on Thursday, 16 November 2017 at 6.30pm and 11.30pm on RT.

Alex explains all in the following video.