The Saltire - Flag of Scotland 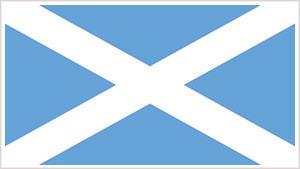 As the national flag, the Saltire, rather than the Royal Standard of Scotland (also known as the Lion Rampant), is the correct flag for all individuals and corporate bodies to fly. It is also, where possible, flown from Scottish Government buildings every day from 8am until sunset, with certain exceptions.

Legend has it that the flag, the oldest in Europe and the Commonwealth, originated in a battle fought close by the East Lothian village of Athelstaneford. The date of this conflict is believed to have been 832A.D., almost 1,200 years ago.

An army of Picts under Angus MacFergus, High King of Alba, aided by a contingent of Scots led by Eochiadh, King of Dal Riada (Kenneth MacAlpin's grandfather) were on a punitive raid into the Lothians.

At that time, the territory was under Northumbrian control and the invading army found itself pursued by a larger force of Angles and Saxons led by Æthelstan. The Albannach/Scots were caught and stood to face their pursuers in the area of Markle, East Linton, just to the north of the modern village of Athelstaneford. 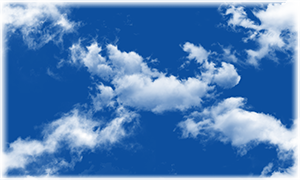 On the eve of the battle, Angus, fearing a disasterous outcome, prayed to God and prayed to Saint Andrew, asking for help in defeating his adversaries. Angus made a solemn vow that if Andrew intervened and allowed him to win the day, he would adopt him as the Patron Saint of Alba. Andrew then appeared to Angus later that night in a dream and assured him of victory.

On the field of battle the next morning, a cloud formation in the shape of a huge white saltire (the diagonal X shaped cross on which St Andrew had been martyred) appeared against the blue sky.

Emboldened by this apparently devine intervention, the Picts and Scots took to the field and despite their numeric disadvantage, stayed the course - eventually winning the battle when Æthelstan was killed and his forces fled the field.

Angus honoured his pre-battle pledge and duly appointed Andrew as the Patron Saint of Alba.

When Kenneth MacAlpin, who may have been present with his grandfather at the battle, later united the Picts and Scots, naming the entity Scotland, Andrew become the patron saint of the united realm. 28 years later, Kenneth MacAlpin, King of Scots and Picts, Ard-righ Albainn, was laid to rest on the holy island of Iona in 860AD.

The white saltire set against a celestial blue background is said to have been adopted as the design of the flag of Scotland on the basis of this ancient legend.

In later years, the Saltire would be raised as Scotland's banner in the Scottish Wars of Independence. Many of the Nobles in Scotland incorporated the Saltire into their Coat of Arms and official seals. The Saltire was also worn on tunics and bonnets of Scottish soldiers to identify themselves on the battlefield.

It made its first appearance on the nations' coinage when it was introduced by King David I in the 13th century.

In modern times, the design has been the inspiration for logo's and official icons connected with a Scottish identity.

50 Shades of Blue - Standardising the Saltire

Throughout the history of fabric production, natural dyes have been used to apply colour using compounds obtained from plants. Indigo, a rich blue dye obtained from woad, has dozens of compounds whose proportions may vary according to soil type and climate; therefore giving rise to variations in the shade of the dye. In the case of the Saltire, variations in shades of blue have resulted in the background of the flag ranging from sky blue to navy blue.

When incorporated as part of the Union Flag during the 17th century, the dark blue was applied to Union Flags destined for maritime use. There is a good chance this selection of a darker colour was due to the greater durability of such dyes in the harsh environment of wind and salt. This dark blue shade eventually became the standard on Union Flags both at sea and on land.

Some flag manufacturers selected the same navy blue colour trend of the Union Flag for the Saltire itself, leading to a variety of shades of blue being depicted on the flag.

These variations in shade eventually led to calls to standardise the colour of Scotland's national flag and in 2003, a committee of the Scottish Parliament met to examine a petition that the Scottish Executive adopt the Pantone 300 colour as a standard. (Note that this blue is of a lighter shade than the Pantone 280 of the Union Flag).

Taking advice from a number of sources, including the office of the Lord Lyon King of Arms, the committee recommended that the optimum shade of blue for the Saltire be Pantone 300 (#006CB4 as the hexadecimal web colour equivalent).

Recent versions of the Saltire have therefore largely converged on this official recommendation.