Analysis of the Leave Campaign 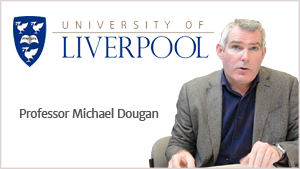 Professor Michael Dougan is one of the UK’s leading EU law experts. In this video presentation, he answers many questions he has received from REMAIN and LEAVE supporters. Most of these questions refer to his presentation, What you need to know about the EU Referendum released before the referendum vote which criticised the integrity and honesty of the LEAVE Campaign.

He cites many examples to support his previous comments on the LEAVE campaign and highlights the failure of the campaigners to honour their promises immediately after they won the vote.

He thoroughly debunks the main claims made by the LEAVE campaign, especially concerning the involvement of the EU with laws, democracy and immigration.

He describes the political and constitutional fall-out from the vote and explains how this will affect the future of the UK and its standing in the World.

The real consequences of the EU Referendum Result.

Professor Dougan says that this is now a “political crisis that needs a political solution” and that the Government has a “constitutional responsibility to protect the national interest”, with Parliament the ultimate decision-maker on whether the UK follows through and leaves the European Union.

Disclosure statement:
Professor Dougan is an employee of the University of Liverpool. He does not work for, undertake paid consultancy for, or receive funding from any company or organisation that would benefit from this presentation.